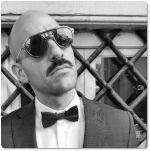 I’m an expert in fast-growing SaaS companies. I’ve helped build multiple solid engineering teams from 4 to over 100 engineers, scaled businesses to dozens of millions of dollars in ARR. I design and implement predictable and reliable systems.

I currently work at Hopin as an Engineering Manager. In the past I worked for companies such as Salsify, Onfido, Talkdesk, Infinera, and Honeywell.